Bhubaneswar: Athletes from the Reliance Foundation Odisha Athletics High Performance Centre (HPC) produced a remarkable 17 Personal Best (PB) timings at the finale of the Performance Graded Race series held at the Kalinga Stadium in Bhubaneswar last week. The unique concept of Performance Graded Races, introduced by HPC Head Coach James Hillier, is a significant departure from practice. It features athletes competing against each other entirely on the basis of their timings, irrespective of age or sex.

A total of 30 individual events were contested at the event with over 200 athletes from across the state joining athletes from the HPC to produce a high-quality competition in what Hillier described as “a vibrant, energising environment for athletes to excel.”  For the first time, a dedicated 100m race for para athletes was conducted with seven athletes competing. Several para athletes also competed in the Long jump.

“I wanted us to create a new concept and something that has never been done before in India,” says Hillier. “We wanted to create a high-octane athlete centred competitive opportunity for athletes of all levels.  I feel we definitely achieved that and that was shown by the huge number of personal bests achieved by athletes at the competition. We also wanted to embed para athletics as a staple of our main able-bodied races, so we put on a para 100m race after the able-bodied 100m races.”

Among the athletes Hillier marked out for special praise was sprinter Jyothi Yarraji, who ran an unofficial national record in the 100m hurdles, completing the distance in 13.25 seconds. Other impressive performances came from Senior Open Nationals Gold medallist Amlan Borgohain, who completed the double in the 100 & 200m in 10.74 & 20.92 seconds respectively, his season’s best timings. Teenager Sabita Toppo, who hails from the Sundergarh district, kept up her eye catching progress, improving her PB from 14.66 seconds in 2021 to 14.50 seconds in the 100m hurdles. Abishek Dalabehera, Aryan Ekka, Graceson Jeeva and Moumita Mondal were among the other HPC athletes who recorded PBs in their respective events.

“Performance Graded Races allow athletes at all levels to be competitive and be the best they can be based on their talent level,” explains Hillier. “It was wonderful to see some of the races that perhaps didn’t contain the most experienced athletes produce many exciting finishes.”

These performances have come just ahead of the Federation Cup in Calicut, Kerala, early next month where ten athletes from the HPC will be competing. Hillier expects “several medals” from his wards from the event, but his focus continues to remain on the big picture. The HPC, a collaborative effort of the Odisha Government and Reliance Foundation, that began formal operations in 2019, Hillier believes, will set the benchmark for other such ventures around the country.

“As I reflect, I try and look how far we have come and how much we have achieved in the last two and a half years in difficult Covid affected times,” says Hillier. “It’s easy to focus on current issues and often we don’t take enough time to reflect on the amazing journey we have been on.  Our focus will continue to be on high quality coaching of our athletes, coach development and holistic athlete development and athletics development in the state of Odisha which will focus on increasing the numbers of young people doing athletics in the state and improve the depth of quality of talent coming into the HPC.  We feel that if we keep pushing these three things we will significantly increase the success of our programme.”

“We are running education classes, offering opportunities for the athletes in computers, learning a musical instrument and other aspects that will help their overall education and exposure,” he adds. “We treat the athletes as human beings primarily and feel strongly that a well-rounded athlete will not only be better on the track but also be a more valuable contributor to society.” 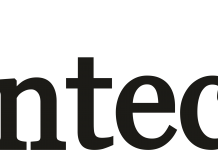 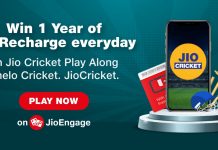 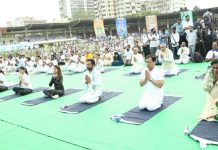 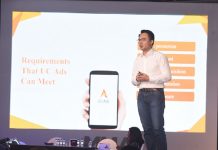 CollegeDekho raises USD 26.5 Million in an ongoing Series B Funding...