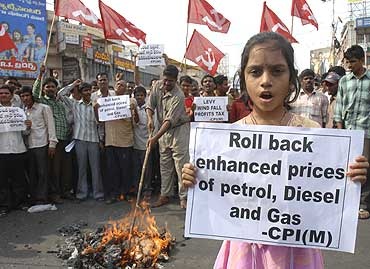 Bhubaneswar: According to the Controller General of Accounts under the Union Ministry of Finance, the government has been collecting more than 79 per cent more money from petroleum products since the pre- Covid times. From April to September 2017, this amount was Rs. 930,95,000. In 2020, by this time, Rs. 1,28,000 was collected whereas in 2021 the amount has come up to Rs. 1,71,000. It suggests that the government has received adequate revenue from petroleum products. In the present situation, the highest price per litre of petrol and diesel in the country has been seen in Ganganagar, Rajasthan. There, petrol per litre costs 122 rupees and 40 paise whereas diesel per litre is sold in 113 rupees and 80 paise. In Odisha’ Malkangiri district, the cost of petrol per litre is more than 116 rupees whereas diesel costs Rs. 113 per litre. In Bhubaneswar, the capital of Odisha, patrol costs Rs. 111 and diesel cost has crossed more than 107 rupees per litre. It won’t be surprising that if the trend in oil price hike would exceed Rs. 120 per litre in Bhubaneswar in 15 days. The public is also ready to bear the brunt. The pertinent reason behind this has come out in the light. How the captain of the Indian cricket team, Virat Kohli has expressed support for his team’s pace bowler Mohammad Sami and it is being said that NCB officer Sameer Wankhede is a fake Hindu, clearly shows the complexity of the country’s situation. As the government is always eyeing religion, many new temples are built and on the other hand, the ancient monuments around the temple are being demolished and a form of Hinduism is being created. Similarly, The Sabarmati Ashram built by Mahatma Gandhi is going to be modernised and there is a possibility of opening a beer parlour there. Had it been opened in a non-alcoholic state like Gujurat, the old mistakes could have been corrected especially the mistakes of Mahatma Gandhi and Nehru. Everyone is worried about this kind of unintended thing. That’s why people hardly care about the price hike.

After the publication of the CGA report, It has come to notice that the central government is collecting an adequate amount of revenue from petroleum products. It is hard for the common people to know. On the other hand, the government has been reiterating on global platforms that India has achieved historic success in the field of covid vaccine by providing 100 crore doses of vaccines. But it is difficult to believe in the government data in India. Initially, the common mass was reluctant to get vaccinated. Now that it has crossed 100 crores so the government began to say people’s trust has been increased. So economic growth will make it easier to touch double digits. A question can be raised here, why the government is not reviewing its failures just as it spreads and reports its successes. It is said that speed is what makes success. This depends on the transport system. As oil prices rise, the cost of everything from essentials to vegetables has multiplied. The price hike has left no one behind. The pandemic has impaired the economic condition of the people. Many have lost their jobs. Rising oil prices is an overburden when the people are going through an economic crisis. When the covid infection was at the highest peak, it was believed that the revenue collected from the oil is being reimbursed for the health expenses of patients suffering from the pandemic. However, despite the downward trend of the pandemic, oil price continues to rise. According to the analysts, the money earned bow by the government is being spent in the states where elections are going to be held. All sorts of tricks are in place to provide free goods and services. Recent evidence suggests that the central government had fixed oil prices ahead of the assembly elections in five states, including West Bengal. The government may try to do the same during the upcoming elections. 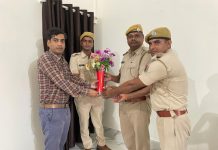 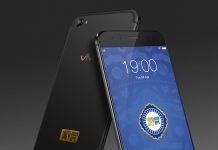 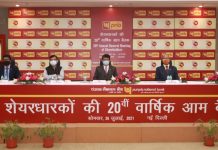 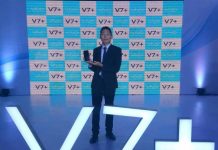