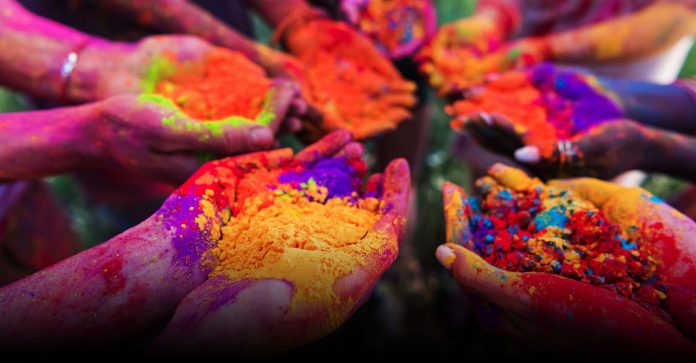 Bhubaneswar: Holi is the festival of love, colour and joy. It rejoices the mood of friendship, indicates the arrival of spring and end of winter, blurs the caste, class, religious barriers among people. This is one of the festivals which brings people, friends, relatives together regardless of differences and difficulties. This festival is the epitome of celebrating the divine love of Radha and Krishna which is observed for five days and the fifth day is known as Rang Panchami. It signifies the victory of good over evil as it commemorates the victory of Lord Vishnu over Hiranyakashyapu.

This festival is celebrated not just in India but in many other Asian countries through the diaspora. The celebration of these festivities has many forms and specialities in different places. Some of the unique forms of this are;

The traditional holy of Mathura and Brindavan is celebrated by people in groups taking tours of villages and cities by reciting the name of Radha and Krishan and playing with colour powders ( fagu/ abhira), children perform skits on the life of Lord Krishna and Radha. The celebration of holy in Odisha is very similar to this.

In Barsana of the Mathura district of Uttar Pradesh, Lathmar holy is famous across the country and outside. Every year in holy a group of young ( gopa jubaka ) men from Nand gaon come to Barsana to apply colours on the young women (gopi) there. But after reaching there the young women try to drive the men away by hitting the men whereas the men try to co since them by singing songs still the women are not ready to get convinced and run behind the young to hit them with sticks. This game goes on to girls attacking and boys defending themselves, which is very appealing to witness. This game is free of any anger or violence but is considered a tradition.

The holy in Udaipur is also called Royal holy. Because the Mewad Royal family in the locality grandly celebrates this festival. They wear traditional clothes on this day and organise Holika Dahan ( burning Holika, a demoness), which is quite beautiful to visualise.

In Santiniketan, West Bengal, the holy is celebrated as a cultural festival and symbiosis of the arrival of Spring. As per reports, Ravindranath Tagore had first initiated this festival in Santiniketan. Since then this festival is observed with different cultural activities like singing, dancing, games etc.

Similar to Santiniketan, in Purulia, West Bengal this festivity is celebrated by performing the traditional dance forms. Especially during holy the natives joyfully perform many folk dances by applying many colours on themselves. People from outside this place visit to enjoy the festival of four and see these dance performances.

The turmeric Holi is the kind of traditional way of celebrating the holy festival by preparing turmeric water in huge vessels/tubs and with a lot of rejoicing, people are drowned to play the festival of colors. This type of celebration is also known as Manjalkuli, Manjal means turmeric and Kuli mean bath. The Malayalis do not play holy, they are the traditional Kerelites especially Gaud Saraswat Brahmins that are a Hindu ethnoreligious community that is part of the larger Saraswat Brahmin community Konkani communities celebrate such types of holy. They call the holy Ukulli or Manjalli which is celebrated on the day of Dola Purnima.

In the capital city of Delhi, holy observes in lots of joy and enthusiasm. Musical holy is organized in many places of the city. In musical holy, people dance to the music and have different kinds of drinks along with playing holy.

This festival is not only limited to a particular religion (Hinduism). It intends to unite people together, teaches them to forgive and forget, and live with joy by defeating evil energy. 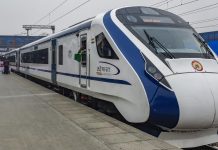 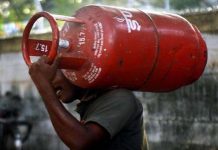