Bhubaneswar : JSW Infrastructure, India’s leading ports company and part of US$ 13 billion JSW Group, has begun commercial operations at Paradip East Quay Coal Terminal in Odisha. This is a fully-mechanized terminal at Paradip Port Trust with an annual coal handling capacity of 30 million tons . The coal terminal has been built as a cape compliant terminal and will handle capesize vessels once the dredging at Paradip Port is completed. The terminal has capacity to unload 25 rakes per day and can load two vessels simultaneously. The infrastructure of the terminal is built to ensure higher productivity while reducing overall logistics cost to power producers. The company has invested approximately Rs 1,300 crore to establish this terminal at Paradip Port.

Commenting on its coal terminal at Paradip, Mr Arun Maheshwari, Joint MD & CEO of JSW Infrastructure said,“Paradip Port continues to be an attractive sea route for coal movement. With the commissioning of this terminal, India can now offer cape size shipments with efficient operations. During the last few months, steam coal prices globally have witnessed sharp increase forcing thermal power plants and other coal based industryto switch todomestic coal.Start of this coal terminal has come at the right time to fill up the demand gap of domestic coal. Through high productivity and larger shipment size, we hope to reduce overall logistics costs for our coal cargo customers. As the country pursues PM’s vision of Atma Nirbhar Bharat, the total thermal coal demand in India is expected to remain strong and our endeavor would be to maximize fulfilmentby domestic producers. Our coal terminal is expected to be an integral part of this visionary journey.”

JSW Infrastructure also has an Iron ore terminal at Paradip Port with a capacity to handle 10 million tons per annum of iron ore/ pellets. This iron ore terminal loaded highest ever 1.4 lakh tonnes in a single vessel in the month of March 2022. The iron ore terminal is designed to load the cape vessels within 48 hours and has recently achieved the highest load rate of over 1 lakh tons per day which is the best ever by any port in India. 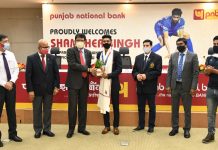 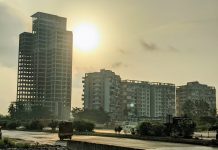 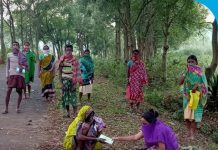