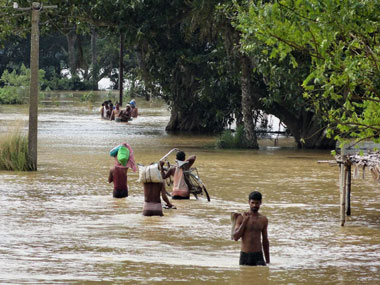 He issued the directive while reviewing the flood-like situation due to a rise in water level of rivers like Baitarani, Brahmani, Subarnarekha, Jalaka and Budhabalang. “Evacuate people living in low-lying areas and expedite patrolling to keep a watch on weak and vulnerable river embankments,” Patnaik said.

The chief minister also directed the administration to keep at least 60 multipurpose shelters ready to house the people likely to be evacuated in view of the flood-like situation. He said the evacuated people should be given cooked food immediately.

Though flood water has not yet entered into any villages, some agricultural fields in the districts of Keonjhar, Bhadrak and Jajpur have been inundated.

The state government has already mobilised personnel of ODRAF, NDRF and fire services in flood prone areas, and kept about 73 power boats ready for rescue and relief operation. “One Odisha Disaster Rapid Action Force (ODRAF) team each has been sent to Balasore, Bhadrak, Jajpur, Anandpur and Keonjhar in view of the possible floods,” a home department official said, adding that about 400 fire service personnel have been rushed to north Odisha districts for rescue and relief operation.

“We are fully prepared to deal with a possible flood-like situation in northern region of the state,” Special Relief Commissioner (SRC), B P Sethi said.

As the water level has crossed the assured water retaining capacity of 18.06 metres at Akhuapada, the administration fear flooded river Baitarani may cause deluge in Keonjhar, Bhadrak and Jajpur districts.

While the danger level is 49.15 metres at Jamsholaghat of river Subarnarekha, the river was flowing at 50.30 meters and further rising till 6 pm. The water level in river Budhabalang, however, remained steady at 4.28 meters at Rajghat till 6 pm. It was still below the danger level mark.

The Odisha government has already sounded an alert about possible flood in some rivers of six districts in view of the IMD forecast of extremely heavy rainfall in northern region of the state. The districts are Keonjhar, Jajpur, Bhadrak, Balasore, Mayurbhanj and Sundargarh.

The respective district collectors have been asked to remain fully prepared for any eventuality.

The state is likely to be further hit by heavy to extremely heavy showers coupled with gusty surface winds tomorrow due to a well marked low pressure in the region, the forecast said. 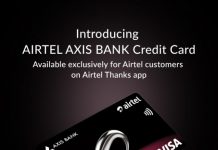 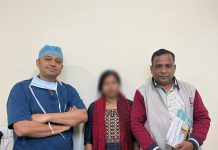 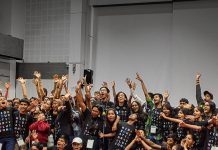