The Union Minister of Human Resource Development, Hon’ble Shri Ramesh Pokhriyal Nishank will be the Chief Guest at a virtual event being held today for the India Exclusive Launch of QS World University Rankings (2021) for unveiling and the presentation of QS World University Rankings2021 Certificates to ranked Indian Institutions. The Chairman of the University Grants Commission (UGC), Professor (Dr.) D.P. Singh, and the Chairman of the National Assessment and Accreditation Council (NAAC), Professor (Dr.) V.S. Chauhan will be the Guests of Honour on the occasion. Quacquarelli Symonds (QS) will be represented by the Senior Vice President of QS, Mr. Ben Sowter, and Regional Director – MENA & South Asia, QS, Dr. Ashwin Fernandes.

The Founding Chancellor of JGU, Mr. Naveen Jindal, said that this global recognition of JGU for two consecutive years is indeed a defining moment. He said, “It is an incredibly proud moment for me to see JGU leading the charge in fostering academic excellence in India and the world. JGU was established in memory of my father to be a centre of excellence and produce outstanding leaders in various walks of life. I am immensely pleased to see that it is fulfilling its vision through sustained hard work. I wish to congratulate the Vice Chancellor, faculty, and staff of JGU for their continued commitment to providing a world-class education to our students.” He further said, “Climbing up in the QS World University Rankings 2021 and the prestigious recognition of JGU as an ‘Institution of Eminence’ gives hope for a more evolved higher education landscape in India in the coming years”.

Welcoming this exciting development, Professor (Dr.) C. Raj Kumar, Founding Vice-Chancellor of JGU said, “JGU being recognised among the top 2.5% of universities in the world is testament to its aspiration to be a world-class university. This remarkable achievement of JGU rising to the 651-700 band this yearfrom the 751-800 band last year, as per prestigious QS World University Rankings 2021 is a watershed moment and is indeed a landmark development and an important milestone in our brief institutional journey. We are deeply humbled by this international recognition for our commitment to maintaining the highest standards of excellence in higher education. Being a decade-old, private, non-STEM, non-Medicine University, we are elated to have broken all stereotypes of what it takes to become a world-class university. Our constant endeavour will be to further strengthen our teaching, learning outcomes, international collaborations and quality.” Referring to the unprecedented challenges and current uncertainties during a pandemic, Professor Raj Kumar affirmed the institutional commitment to promoting excellence at JGU and said, “At 11 years of age, a youthful and dynamic JGU is leading the path for a resurgent and emerging India to make a mark in the global higher education space. As the world fights the ramifications of a global pandemic, JGU, as the highest-ranked Indian university that solely focuses on social sciences, arts & humanities in the second-most populous country, has a significant role to play in building India and the world.” 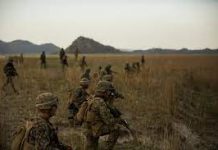